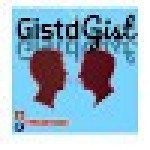 Meghan Markle and Prince Harry are not interested in asking the U.S. government to foot the bill for their personal security while living in the states.

“The Duke and Duchess of Sussex have no plans to ask the U.S. Government for security resources,” a Sussex spokesperson said in a statement to ET on Sunday. “Privately funded security arrangements have been made.”

Last week, news broke that Meghan, Harry and their 10-month-old son, Archie, had moved from where they’d been staying in Canada and taken up residence in Los Angeles.

The statement regarding their security arrangements comes after President Donald Trump took to Twitter on Sunday to declare that the couple — who have been vocal in their political and ideological disagreements with Trump and his administration’s policies — wouldn’t be receiving any free security details from the U.S.

“I am a great friend and admirer of the Queen & the United Kingdom. It was reported that Harry and Meghan, who left the Kingdom, would reside permanently in Canada,” Trump tweeted. “Now they have left Canada for the U.S. however, the U.S. will not pay for their security protection. They must pay!”

It’s unclear whether or not the possibility of the US Government paying for their “security protection” was ever actually discussed or addressed, or is an assumption made by Trump.

Additionally, it was never explicitly stated that the pair planned to “reside permanently in Canada.” The family had been living on Canada’s Vancouver Island after announcing their plan to step back as senior members of the royal family earlier this year.

At the time, the pair revealed they planned to split their time between North America and the U.K.

Meghan has ties to Canada after spending years there filming Suits — but she was born and raised in Los Angeles. Her mother, Doria Ragland, also lives in L.A. Additionally, news of Meghan’s move comes after speculation she might reignite her acting career following her and Harry’s exit from the royal family.

News of the family’s move to the Los Angeles area was confirmed last week, and a source told ET on Thursday, “It was always their plan to eventually be based in California since their work life will be focused in the U.S.”

Back in January, another source told ET that, in terms of making a living and doing charitable work after leaving royal life behind, the couple would like to have a “model like the Clintons or Obamas,” where they can do “meaningful work while making a living.”

ET has learned that it could mean projects like the Obamas have with Netflix. Additionally, Meghan has signed on to narrate the upcoming Disney documentary Elephant.

“They need to find a balance where they raise money for their new foundation and have money-making ventures to support themselves,” the source explained.

Thanks, PLEASE don’t forget to SHARE your THOUGHTS in the comments SECTION BELOW.